The Arnold and Mabel Beckman Foundation announced today its 2017 class of Arnold O. Beckman Postdoctoral Fellows, individuals who underscore the Foundation’s mission of supporting basic research in the chemistry and life sciences. They were selected after a three-part review led by a panel of scientific experts.

The Foundation will award more than $2.6 million in funding for 20 exceptional research fellows from 13 universities 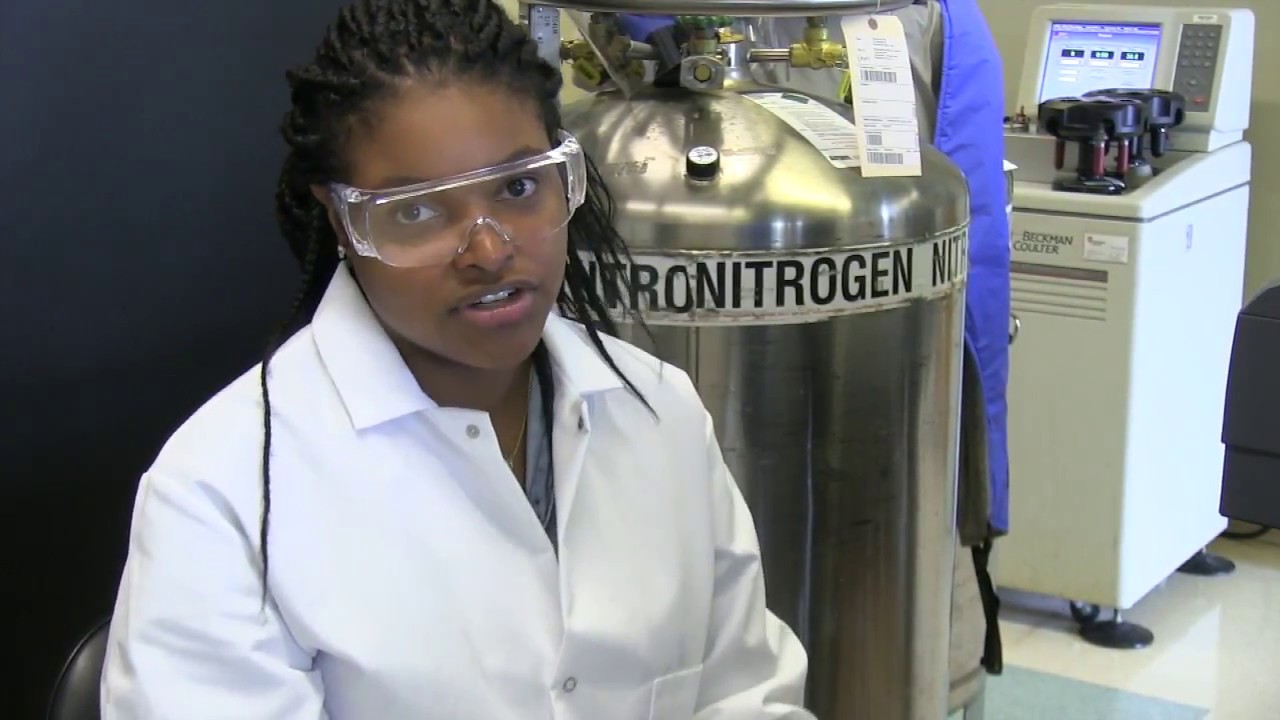 Chemicals like nitric oxide and hydrogen peroxide can promote cancer growth. MPC-CMSE Summer Scholar Kaila Holloway is working in the lab of Michael S. Strano, Carbon P. Dubbs Professor in Chemical Engineering at MIT, to develop tiny chemical sensors to detect their concentrations near tumors in the body.

Chemical engineering and chemistry postdocs “expected to become the next generation of leaders and innovators in science, engineering, and technology.”

Danielle Mai and Freddy Nguyen from the MIT Department of Chemical Engineering, along with Liela Bayeh and Julianne Troiano of the Department of Chemistry, were awarded 2017 Arnold O. Beckman Postdoctoral Fellowships. The two-year, competitive program will support each researcher’s continuing work in their corresponding labs.

Freddy Nguyen, a member of the Michael Strano lab, is working to develop nanoscale molecular sensors for probing cancer tumors and their microenvironments. He would like to implant nanosensors inside tumors to measure their response, at the molecular level, to various cancer therapies such as chemotherapeutics and radiation therapy. In 2016, he earned his medical degree from the University of Illinois at Chicago, and in 2015 received a PhD in physical chemistry from the University of Illinois at Urbana-Champaign.

Congratulations to Freddy Nguyen, a 2015 Illinois Chemistry PhD graduate, who was chosen for a prestigious Arnold O. Beckman Postdoctoral Fellows Award. Nguyen is a postdoctoral researcher at MIT working on development of nanosensors for in vivomonitoring of cancer therapeutics.

According to Nguyen, “The research I am planning to pursue is focused on the development of nanoscale molecular sensors for probing the tumor and its microenvironment. More specifically, we would like to implant our nanosensors inside tumors to to measure their response at the molecular level to various cancer therapies such as chemotherapeutics and radiation therapy. Our nanosensors are detected using near-infrared fluorescence and Raman spectroscopic techniques allowing us to probe the sensors from a distance using near-infrared light and are not susceptible to photobleaching effects unlike typical endogenous and exogenous fluorophores. These unique features of our nanosensors can allow us with a method to dynamically probe the tumor microenvironment in real-time and in-vivo. Patients currently have to wait until there are measurable size changes on CT or MRI scans or must undergo biopsies of the tumor to determine molecular changes in response to treatment. Having access to that molecularinformation within the first few days of treatment will be a tremendous step forward indetermining whether cancer treatments are working for each patient at a much earlier timeframe than the current standard of care. This allows for the patient and physician to morepromptly manage the treatment of their cancer.”

The field of biomedical optics has grown quickly over the last two decades as various technological advances have helped increase the acquisition speeds and the sensitivity limits of the technology. During this time, optical coherence tomography (OCT) has been explored for a wide number of clinical applications ranging from cardiology to oncology to primary care. In this thesis, I describe the design and construction of an intraoperative clinical OCT system that can be used to image and classify breast cancer tumor margins as normal, close, or positive. I also demonstrate that normal lymph nodes can be distinguished from reactive or metastatic lymph nodes by looking at the difference in scattering intensity between the cortex and the capsule of the node. Despite the advances of OCT in the detection and diagnosis of breast cancer, this technology is still limited by its field of view and can only provide structural information about the tissue. Structural OCT would benefit from added contrast via sub-cellular or biochemical components via the use of contrast agents and functional OCT modalities. As with most other optical imaging techniques, there is a trade off between the imaging field of view and the high-resolution microscopic imaging. In this thesis, I demonstrate for the first time that MM-OCT can be used as a complimentary technique to wide field imaging modalities, such as magnetic resonance imaging (MRI) or fluorescence imaging, using targeted multi-modal protein microspheres. By using a single contrast agent to bridge the wide field and microscopic imaging modalities, a wide field imaging technique can be used to initially localize the contrast agent at the site of interest to guide the location of the MM-OCT imaging to provide a microscopic view. In addition to multi-modal contrast, the microspheres were functionalized with RGD peptides that can target various cancer cell lines. The cancer cells readily endocytosed bound protein microspheres, revealing the possibility that these protein microspheres could also be used as therapeutic agents. These investigations furthered the utility of the OCT technology for cancer imaging and diagnosis.

We report a method to achieve high speed and high resolution live cell Raman images using small spherical gold nanoparticles with highly narrow intra-nanogap structures responding to NIR excitation (785 nm) and high-speed confocal Raman microscopy. The three different Raman-active molecules placed in the narrow intra-nanogap showed a strong and uniform Raman intensity in solution even under transient exposure time (10 ms) and low input power of incident laser (200 μW), which lead to obtain high-resolution single cell image within 30 s without inducing significant cell damage. The high resolution Raman image showed the distributions of gold nanoparticles for their targeted sites such as cytoplasm, mitochondria, or nucleus. The high speed Raman-based live cell imaging allowed us to monitor rapidly changing cell morphologies during cell death induced by the addition of highly toxic KCN solution to cells. These results strongly suggest that the use of SERS-active nanoparticle can greatly improve the current temporal resolution and image quality of Raman-based cell images enough to obtain the detailed cell dynamics and/or the responses of cells to potential drug molecules.

Physician-scientist with extensive experience developing and translating nanotechnologies and biomedical optical technologies from the bench to clinic in areas of genetics, oncology, and cardiovascular diseases. Extensive experience in community building in healthcare innovation, research, medical, and physician-scientist communities through various leadership roles.